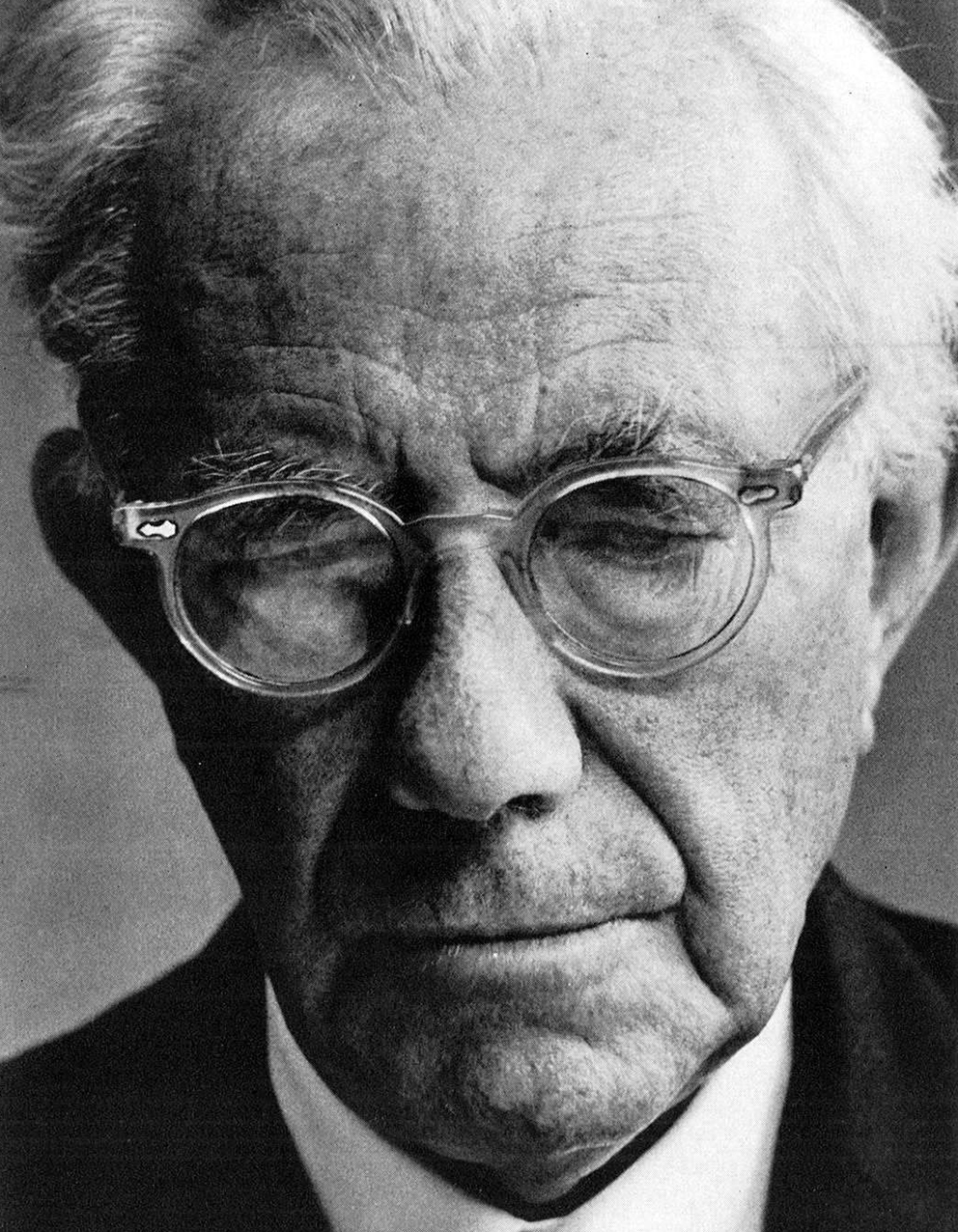 “The basic anxiety, the anxiety of a finite being about the threat of nonbeing, cannot be eliminated. It belongs to existence itself.”

Fear is a reaction to a definite object, and anxiety a more dispersed tension that arises in the face of the unknown. This is the distinction that German-born theologian Paul Tillich draws between the two states in the course of his book, The Courage To Be. In this extract from a chapter called The Interdependence of Fear and Anxiety, he suggests that at the root of all human anxiety is the unease with the human situation in itself. Fear of death and anxiety about death are two issues, inexorably entwined, with the former concerned with the concrete experience of illness and dying and the latter an attitude to the prospect of non-being; to really face God, or to really face oneself, he writes, is to face ‘the extinction of every finite self-affirmation’ – a nothingness that cannot be acted upon since it has no defined form. Finally, he maintains that this anxiety cannot be lifted, that it is something that by definition, belongs to existence itself.

Anxiety and fear have the same ontological root but they are not the same in actuality. This is common knowledge, but it has been emphasized and overemphasized to such a degree that a reaction against it may occur and wipe out not only the exaggerations but also the truth of the distinction. Fear, as opposed to anxiety has a definite object (as most authors agree), which can be faced, analyzed, attacked, endured. One can act upon it, and in acting upon it participate in it—even if in the form of struggle. In this way one can take it into one’s self-affirmation. Courage can meet every object of fear, because it is an object and makes participation possible. Courage can take the fear produced by a definite object into itself, because this object, however frightful it may be, has a side with which it participates in us and we in it. One could say that as long as there is an object of fear love in the sense of participation can conquer fear.

But this is not so with anxiety, because anxiety has no object, or rather, in a paradoxical phrase, its object is the negation of every object. Therefore participation, struggle, and love with respect to it are impossible. He who is in anxiety is, insofar as it is mere anxiety, delivered to it without help. Helplessness in the state of anxiety can be observed in animals and humans alike. It expresses itself in loss of direction, inadequate reactions, lack of “intentionality” (the being related to meaningful contents of knowledge or will). The reason for this sometimes striking behavior is the lack of an object on which the subject (in the state of anxiety) can concentrate. The only object is the threat itself, but not the source of the threat, because the source of the threat is “nothingness.”

“Anxiety has no object, or rather, in a paradoxical phrase, its object is the negation of every object. Therefore participation, struggle, and love with respect to it are impossible.”

Fear and anxiety are distinguished but not separated. They are immanent within each other. The sting of fear is anxiety, and anxiety strives toward fear. Fear is being afraid of something, a pain, the rejection by a person or a group, the loss of something or somebody, the moment of dying. But in the anticipation of the threat originating in these things, it is not the negativity itself which they will bring upon the subject that is frightening but the anxiety about the possible implications of this negativity. The outstanding example—and more than an example—is the fear of dying. Insofar as it is fear its object is the anticipated event of being killed by sickness or an accident and thereby suffering agony and the loss of everything. Insofar as it is anxiety its object is the absolutely unknown “after death,” the nonbeing which remains nonbeing even if it is filled with images of our present experience. The dreams in Hamlet’s soliloquy, “to be or not to be,” which we may have after death and which make cowards of us all are frightful not because of their manifest content but because of their power to symbolize the threat of nothingness, in religious terms of “eternal death.” The symbols of hell created by Dante produce anxiety not because of their objective imagery but because they express the “nothingness” whose power is experienced in the anxiety of guilt. Each of the situations described in the Inferno could be met by courage on the basis of participation and love. But of course the meaning is that this is impossible; in other words they are not real situations but symbols of the objectless, of nonbeing.

The fear of death determines the element of anxiety in every fear. Anxiety, if not modified by the fear of an object, anxiety in its nakedness, is always the anxiety of ultimate nonbeing. Immediately seen, anxiety is the painful feeling of not being able to deal with the threat of a special situation. But a more exact analysis shows that in the anxiety about any special situation anxiety about the human situation as such is implied. It is the anxiety of not being able to preserve one’s own being which underlies every fear and is the frightening element in it. In the moment, therefore, in which “naked anxiety” lays hold of the mind, the previous objects of fear cease to be definite objects. They appear as what they always were in part, symptoms of man’s basic anxiety. As such they are beyond the reach of even the most courageous attack upon them. This situation drives the anxious subject to establish objects of fear. Anxiety strives to become fear, because fear can be met by courage. It is impossible for a finite being to stand naked anxiety for more than a flash of time. People who have experienced these moments, as for instance some mystics in their visions of the “night of the soul,” or Luther under the despair of the demonic assaults, or NietzscheZarathustra in the experience of the “great disgust,” have told of the unimaginable horror of it. This horror is ordinarily avoided by the transformation of anxiety into fear of something, no matter what. The human mind is not only, as Calvin has said, a permanent factory of idols, it is also a permanent factory of fears—the first in order to escape God, the second in order to escape anxiety; and there is a relation between the two. For facing the God who is really God means facing also the absolute threat of nonbeing. The “naked absolute” (to use a phrase of Luther’s) produces “naked anxiety”; for it is the extinction of every finite self-affirmation, and not a possible object of fear and courage. But ultimately the attempts to transform anxiety into fear are vain. The basic anxiety, the anxiety of a finite being about the threat of nonbeing, cannot be eliminated. It belongs to existence itself.

2 thoughts on “On the Anxiety of Non-Being”