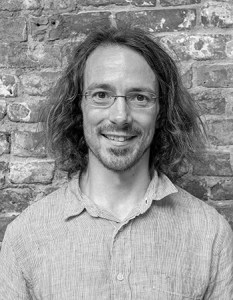 “Although material objects can still be distinguished, the Upanishads point beyond form to the essence behind it, existing in each and containing them all.”

Daniel Simpson is a teacher of the history and philosophy of yoga, and his new book, The Truth of Yoga, is a thorough and comprehensible guide to the history, texts, philosophy and practices of one of the most popular eastern spiritual traditions to still be growing in the west today. In this excerpt from his book, Daniel addresses the tricky subject of the Absolute in Hindu spiritual life – the Atman or Brahman, the ‘infinite, unchanging and formless… unity from which life evolved and to which it returns.’ When realized, Simpson explains, this insight is transformative for the perceiver, who can directly experience the truth of this fundamentally connectivity at any quiet moment in their lives.

Among the many different teachings in the early Upanishads, one theme keeps recurring: the innermost self, or atman, is identical to everything else in existence.

This entirety—known in Sanskrit as brahman—is beyond imagination. Infinite, unchanging, and formless, it pervades the whole universe. It is also the unity from which life evolved, and to which it returns. As described in the Taittiriya Upanishad (2.9), it defies translation: “Before they reach it, words turn back, together with the mind.”

The name Brahman is usually capitalized in English. It is not to be confused with Brahma, the creator in a trinity of gods alongside Vishnu, who preserves and maintains, and Shiva the destroyer. These deities are mentioned together in the Maitri Upanishad, but each is just an aspect of Brahman, which is likened to the power expressed through sound in Vedic chants.

Even in Sanskrit, it is hard to define. It is thought to derive from the verb root brih, which means “expand.” However, it is used for such a range of ideas that is hard to be sure. Brahman is equated with the Supreme Being (paramatman), in contrast to the individual self (jivatman). One English equivalent is “the Absolute,” but a clearer parallel is probably consciousness. As explained in the Aitareya Upanishad (3.3): “Knowledge is the eye of the world, and knowledge, the foundation. Brahman is knowing.”

The final sentence of this line (prajnanam brahma in Sanskrit) is one of several phrases from early Upanishads called a “great saying,” or mahavakya. Others articulate the nature of liberating knowledge. They include the transformative realization: “I am Brahman” (aham brahmasmi), from the Brihad Aranyaka Upanishad (1.4.10), which says: “Whoever knows ‘I am Brahman’ becomes all this. Even the gods are not able to prevent it, for he becomes their self.”

The same idea is expressed upside down as: “That’s who you are” (tat tvam asi). As a sage tells his son in the Chandogya Upanishad (6.8.7): “The finest essence in this world, that is the self of all this. That is Truth. That is the atman. That is who you are . . .” The Mandukya Upanishad (2) closes the circle, saying ayam atma brahma: “The self is Brahman.”

Although material objects can still be distinguished, the Upanishads point beyond form to the essence behind it, existing in each and containing them all. So wherever one looks, from whatever perspective, there is always a chance of seeing that every thing is everything.

If this insight is fully understood, it transforms the perceiver. Such a fundamental shift might appear otherworldly, or simply elusive. However, there are glimpses of what it consists of in everyday life, whenever the mind is briefly quiet. Things simply happen instead of being stories with personal subjects.