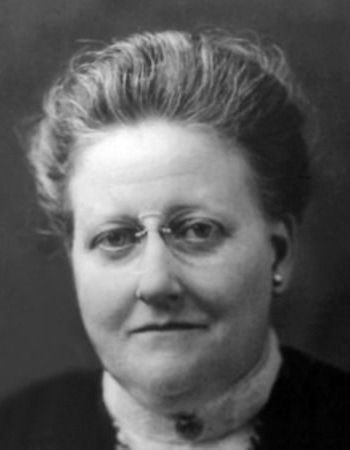 “As a monk who prays
The sliding beads asunder, so I thrust
Each tasteless particle aside, and just
Begin again the task which never stays.”

A modernist poet deeply influenced by Ezra Pound’s Imagist movement, Amy Lowell was an energetic and innovative voice in early 20th century poetry, as well as a translator of Chinese poets such as Tu Fu and Li T’ai-po. In her poem, A Blockhead, she takes up themes of aging and the absence of motivation, invoking a monk-like ritual of going through one’s life one bead at a time, encountering the world particle by particle, while reflecting on earlier energies and inspirations squandered in the dopiness of youth.

Before me lies a mass of shapeless days,
Unseparated atoms, and I must
Sort them apart and live them. Sifted dust
Covers the formless heap. Reprieves, delays,
There are none, ever. As a monk who prays
The sliding beads asunder, so I thrust
Each tasteless particle aside, and just
Begin again the task which never stays.
And I have known a glory of great suns,
When days flashed by, pulsing with joy and fire!
Drunk bubbled wine in goblets of desire,
And felt the whipped blood laughing as it runs!
Spilt is that liquor, my too hasty hand
Threw down the cup, and did not understand.