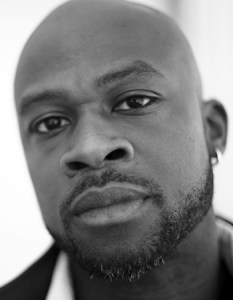 “Sixteen is younger than Trayvon and older than Emmett Till. At the DMV, my boy’s in line to officially enter his prime suspect years.”

Spoken word poet Marc Bamuthi Joseph’s performance given as a TED talk in 2019 describes the fears the father of a black son experiences as he sees his child enter into adulthood and enter into a car, ‘young, brown and behind the wheel, a moving semaphore, signaling the threat of communities from below.’ This remarkable poetic monologue takes in Joseph’s own experience as a young father at the hands of the police and thinks about the rite of passage, and the implication of a human’s right, taken on by black youth emerging into the world.

Me and the boy wear the same shoe size. He wants a pair of Air Jordan 4s for Christmas. I buy them, and then I steal them from his closet, like a twisted Grinch-themed episode of “Black-ish.”

The kicks are totems to my youth. I wear them like mercury on my Black man feet. I can’t get those young freedom days back fast enough. Last time I was really fast I was 16, outrunning a doorman on the Upper East Side. He caught me vandalizing his building, not even on some artsy stuff, just … stupid. Of all the genders, boys are the stupidest.

Sixteen was a series of barely getting away and never telling my parents. I assume that my son is stewarding this tradition well. Sixteen was “The Low End Theory” and Marvin Gaye on repeat. Sixteen is younger than Trayvon and older than Emmett Till. At the DMV, my boy’s in line to officially enter his prime suspect years: young, brown and behind the wheel, a moving semaphore, signaling the threat of communities from below. On top of the food chain, humans have no natural predator, but America plays out something genetically embedded and instinctual in its appetite for the Black body. America guns down Black bodies and then walks around them, bored, like laconic lions next to half-eaten gazelles, bloody lips … “America and the Black Body” on some Nat Geo shit.

Well, he passes his road test at the DMV. He does this strut C-Walk broken “Fortnite” thing on the way in to finish his paperwork, true joy and calibrated cool under the eye of my filming iPhone, the victory dance of someone who has just salvaged a draw. He’s earned this win, but he’s so 16 he can’t quite let his body be fully free.

When he’s three, I’m in handcuffs in downtown Oakland. Five minutes ago, I was illegally parked. Now I’m in the back of a squad car, considering the odds that I’m going to die here, 15 minutes away from my son who expects that in 18 minutes, daddy’s gonna pick him up from preschool. There are no pocket-size cameras to capture this moment, so. I learned a lot of big words when I was 16 getting ready for the SAT, but none of them come to me now. In the police car, the only thing that really speaks is my skin.

I know this: I was parked on a bus zone on 12th and Broadway, running to the ATM on the corner. I pull the cash out just as a police car pulls up behind me, give him the “Aw shucks, my bad,” that earnest Black man face. He waits till I’m back in the car and then hits the siren, takes my license with his hand on the gun, comes back two minutes later, gun drawn, another patrol car now, four cops now, my face on the curb, hands behind my back, shackled. I’m angry and humiliated, only until I’m scared and then sad. I smell like the last gasp before my own death. I think how long the boy will wait before he realizes that daddy is not on his way. I think his last barely formed memory of me will be the story of how I never came for him.

I try to telepathically say goodbye. The silence brings me no peace. The quiet makes it hard to rest. In the void there is anger mushrooming in the moss at the base of my thoughts, a fungus growing on the spine of my freedom attempts. I’m free from all except contempt, the spirit of an unarmed civilian in the time of civil unrest, no peace, just Marvin Gaye falsettos arching like a broken-winged sparrow, competing against the empty sirens, singing the police. Apparently some cat from Richmond had a warrant out on him, and when the cop says my name to dispatch, dude doesn’t hear “Marc Joseph,” he hears “Mike Johnson.” I count seven cars and 18 cops on the corner now, a pride around a pound of flesh. By the grace of God, I’m not fed to the beast today. Magnanimously, the first cop makes sure to give me a ticket for parking in a bus zone, before he sets me free.

The boy is 16. He has a license to drive in the hollow city, enough body to fill my shoes. I have grey in my beard, and it tells the truth. He can navigate traffic in the age of autonomous vehicles. You know, people say “the talk,” like the thing happens just once, like my memory’s been erased and my internet is broken, like I can’t read today’s martyred name, like today’s the day that I don’t love my son enough to tell him, “Bro, I really don’t care about your rights, yo. Your mission is to get home to me. Live to tell me the story, boy. Get home to me.”

Today’s talk is mostly happening in my head as he pulls onto the freeway and Marvin Gaye comes on the radio. I’m wearing the boy’s shoes, and the tune in my head is the goodbye that I almost never said, a goodbye the length of a requiem, a kiss, a whiff of his neck, the length of a revelation and a request flying high in the friendly sky without ever leaving the ground. My pain is a walking bass line, a refrain, placated stress against the fading baseline.

Listen, this is not to be romantic, but to assert a plausible scenario for the existential moment. Driving while Black is its own genre of experience. Ask Marvin. It may not be the reason why you sing like an angel, but it surely has something to do with why heaven bends to your voice. The boy driving, the cop in the rearview mirror is a ticket to ride or die. When you give a Black boy “the talk,” you pray he is of the faction of the fraction that survives. You pitch him the frequency of your telepathic goodbye, channel the love sustained in Marvin’s upper register under his skullcap. Black music at its best is an exploded black hole responding to the call of America at its worst. Strike us down, the music lives, dark, like tar or tobacco or cotton in muddy water.

Get home to me, son. Like a love supreme, a god as love, a love overrules, feathers for the angelic lift of the restless dead, like a theme for trouble man, or a 16-year-old boy, free to make mistakes and live through them, grow from them, holy, holy, mercy, mercy me, mercy, mercy.

Marc Bamuthi Joseph
From his TED Talk: You Have the Rite

1 thought on “Marc Bamuthi Jospeh – You Have the Rite”