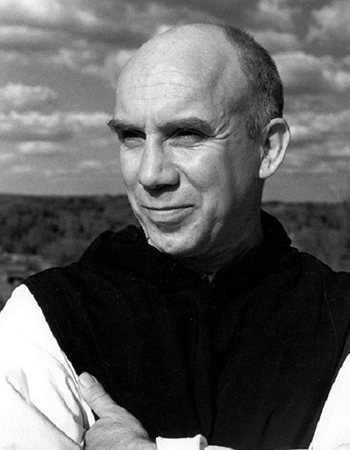 “Meditation has no point and no reality unless it is firmly rooted in life.”

In this short extract from his writings, Trappist monk Thomas Merton underscores the danger of over-identifying with notions and abstractions rather than with the flesh and bones reality of our own lives. This can manifest as fanaticism, as well as a too-rigorous adherence to doctrine that blinds us to the dynamic beauty of the present moment. He argues that the idea of a higher realm of perfection that should be favored over an inferior human realm is an escapist kind of theology and bad asceticism; a genuine life of meditation and prayer is one firmly rooted in reality.

Everyone who has read the gospel realizes that in order to be a Christian one must give up being a fanatic, because Christianity is love. Love and fanaticism are incompatible.

Fanaticism thrives on aggression. It is destructive, revengeful and sterile. Fanaticism is all the more virulent in proportion as it springs from inability to love, from incapacity to reciprocate human understanding. Fanaticism refuses to look at another man as a person. It regards him only as a thing.

From its very birth, Christianity has been categorically opposed to everything that savours of the mass movement. A mass movement always places the ’cause’ above the individual person, and sacrifices the person to the interests of the movement.

For the sake of persons

Contrast this with the teaching of Christ, for whom the soul of the individual was more important than the most sacred laws and rites, since these exist only for the sake of persons, and not vice versa.

Christ even placed the bodily health and wellbeing of individuals before the law of the Sabbath. One of the bitterest complaints made against Him was that He cured on the Sabbath.

A false supernaturalism which imagines that ‘the supernatural’ is a kind of Platonic realm of abstract essences totally apart from and opposed to the concrete world of nature, offers no real support to a genuine life of meditation and prayer.

Here is the great temptation of the modern age, this universal infection of fanaticism, this plague of intolerance, prejudice and hate which flows from the crippled nature of man who is afraid of love and does not dare to be a person.

It is against this temptation most of all that the Christian must labour with inexhaustible patience and love, in silence, perhaps in repeated failure, seeking tirelessly to restore, wherever he can, and first of all in himself, the capacity of love and understanding which makes man the living image of God.

The supposed ‘inner life’ may actually be nothing but a brave and absurd attempt to evade reality altogether. Under the pretext that what is ‘within’ is in fact real, spiritual, supernatural, etc., one cultivates neglect and contempt for the ‘external’ as worldly, sensual, material and opposed to grace.

This is bad theology and bad asceticism. In fact it is bad in every respect, because instead of accepting reality as it is, we reject it in order to explore some perfect realm of abstract ideals which in fact has no reality at all.

Very often, the inertia and repugnance which characterize the so-called ‘spiritual life’ of many Christians could perhaps be cured by a simple respect for the concrete realities of everyday life, for nature, for the body, for one’s work, one’s friends, one’s surroundings, etc.

A false supernaturalism which imagines that ‘the supernatural’ is a kind of Platonic realm of abstract essences totally apart from and opposed to the concrete world of nature, offers no real support to a genuine life of meditation and prayer.

Meditation has no point and no reality unless it is firmly rooted in life.