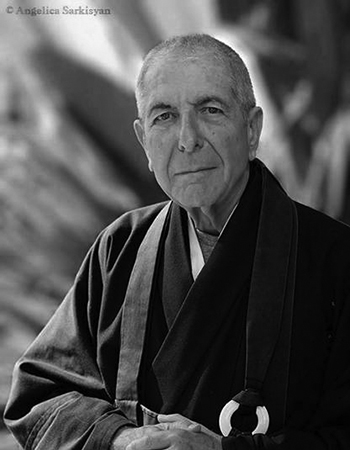 Musician and poet Leonard Cohen was a Zen practitioner for whom the influence of his spiritual leanings showed up in a lot of his work. After a twenty-year hiatus from publishing poetry, he wrote a the poems that comprise Book of Longing during a five-year stay at a Zen monastery on Mount Baldy, as well as in Los Angeles, Montreal and Mumbai. The book also features many of Cohen’s drawings, all of which amount to an account of his relationship to Zen philosophy and practice. This poem, Roshi (which is the term for a Zen Abbot), looks at how the teachings of a Zen master can manifest in unexpected and obtuse ways.

I never really understood
what he said
but every now and then
I find myself
barking with the dog
or bending with the irises
or helping out
in other little ways.