Making the decision to move back to Maine wasn’t easy for a mother who wanted her daughter to love her home as much as she does. 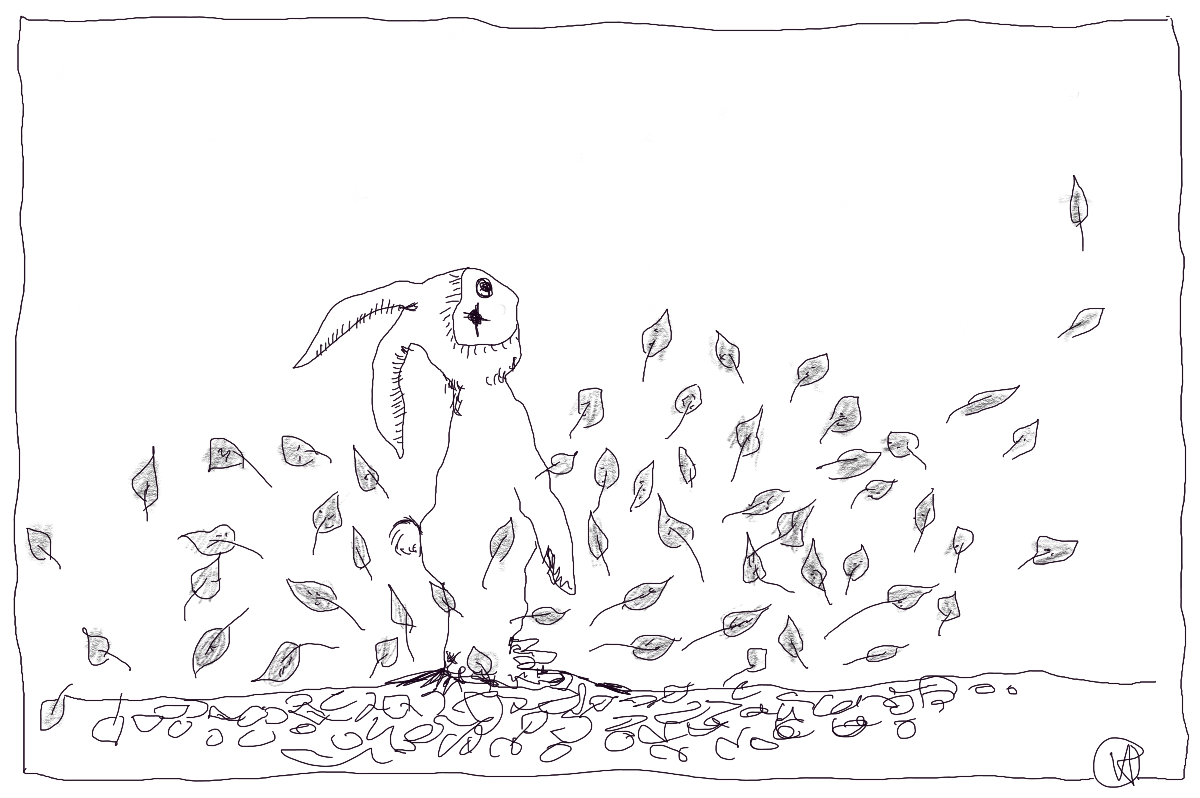 OUR SECOND DAY IN MAINE, Nina encountered a pile of leaves for the first time in her life.

This, just one of her father’s and my many assumptions about how children innately know how to make the natural world their playground. She looked at us sideways as if to say, ‘You? You adults condone this behavior?’ She kicked at the leaves with her purple city sneakers, picked up a handful and flung them toward the dog. Then she watched, dubious eyebrows under her straight orange bangs, as her father and I approached the piles at top speed, whooped and hollered and crashed down. The landing was hard, abrupt, and the leaves at the bottom were damp, and the whole thing smelled like a turned-over log or the inside of a gourd. I knew all this in my old, Maine bones, but she didn’t yet.

She approached the pile, then veered. Approached again, laughed an unsure note, then danced around it on her tippytoes. Josh and I returned to the real work of raking. Nina was running through the pile, around the pile, was stomping at the periphery. We watched out of the corners of our eyes as she launched herself, chest and belly first, limbs trailing and flung toward each of the four cardinal points. She was airborne, a gosling in flight. When she landed, the leaves were way over her head, and she laughed, squealed really, and the dog jumped in after her, and they were both lost, delightfully so, in a pile of reds, oranges, yellows, browns, maples and birches and oaks.

Two months before the leaves changed colors in Maine, Josh and I lay in bed, wavering over our decision to leave San Francisco and move home. “I’m not done with this place,” Josh admitted, shaking his head, and gesturing toward the Pacific Ocean, whose roaring waves we could hear out the window. He was thinking about the surfing, the flawless September days we spent on Ocean Beach, tide pooling, reading, sharing beers. He was thinking about the redwoods, their collective wisdom, their intoxicating oxygen. About the whale migrations, the snowy plover nests, the elephant seal colonies. Thinking about the year-round farmer’s market, about day-trips to wine country. About politics and how nicely ours aligned with our neighbors’. He was thinking about other things too—his job, which would some day want its employees back in its Bay Area office.

“I am so done with this place,” I said. It was dark out, the city’s glories obscured. I was thinking about Covid, and the loneliness of pandemic parenting. Was thinking about my mother, three thousand miles away, whose hands were strong and callused from working the land, but whose mill-town lungs were so vulnerable. About wildfire season, the ash that collected in Nina’s Radio Flyer and I was thinking about our child and everything Maine could offer her: fresh air and seasons, black fly bites, grass stains, cousins. Grandparents. I wanted to give to her, to share with her, my sense of place: pride in a place, love for a place that isn’t always easy to love.

I woke on the morning of the winter solstice to a world transformed by snow, looked out the windows at the unsullied blanket and felt the same kind of buzz that I did as a child. This was winter in Maine, and I was desperate for some buy-in from Nina. We could ski, we could sled, we could build a fort, but Nina was still in her pajamas.

“I’d rather watch Frozen,” she said over her shoulder. Her hair was long now, decidedly feminine. She hadn’t let me dress her for months and everything she wore was the kind of pink that doesn’t show up in nature.

“We are an outdoor family,” I said through clenched teeth. “We don’t just sit on our butts all day inside.”

“It’s okay, Caite,” said my mom from the kitchen. “She can stay inside and watch movies with me. I have a million presents to wrap.”

The sun was high, the sky the crispiest blue against fresh snow. It was glorious outside and too hot in the living room. My shins sweated under my long underwear.

“It’s NOT okay with me. We are DO-ers. She needs to PLAY. I refuse to raise a lazy child.”

I watched as Nina’s sweet little face wilted into a frown. Tears collected, pooled and slow dripped down her cheeks, flushed with shame. I looked at her in her bubblegum jammies and I immediately hated myself.

Deep into the woods is where I should have taken myself, into the silent, numbing whiteness. Get some distance, I thought. But it hurt to be too far from Nina, our needs were still so mutual, and this is how I found myself alone, on the shortest day of the year, shoveling a path to nowhere in the field behind my childhood home.

The spiral’s outermost wall was hastily fashioned, the inner walls: honing, honing, letting go, forgetting. An aerial view would have revealed a lopsided, sloping glyph, but from earth it was narrow, ever-curving, and it compelled its walker forth.

My mittened hands burnished the spiral’s edges, and my thoughts had finally left my body. When Nina and my mother emerged from the house, I crouched to meet her at the spiral’s entrance.

“What’s it for?” Nina asked. She’s curious about everything I do, but she was dubious of this thing, as she knew it was borne of my anger.

“It’s just for thinking. For walking. For being quiet.”

“Where does it go?” she asked. Her cheeks were winter-kissed, pink and freckled, and she wore a purple hat my mother made last Christmas. It was too small, so her ears stuck out.

“Wherever you want it to.”

When the sun set, we donned our warmest woolies, parkas and mittens. This change in routine, a trip into the piercing darkness after dinner was all anticipation, a thrill. Nina, Josh, Nana, Baba, and I each carried a lantern. Orion’s belt and hanging sword shined in the western sky, the Seven Sisters clustered and gossiped behind Taurus. The sky, the world, so crisply rendered, we dared not speak for fear of cracking open the moment. We let the spiral take us to its center, and the journey, cold and quiet, eighteen, maybe twenty steps? It crossed a country. It reached through a year of loss and doubt and placed us here on this shortest day of this longest winter. My shoddy snow spiral, born of anger and fear held all the warmth, light, and love I will ever need. The lanterns burned all night and after each snow that followed the solstice, we took care to keep the spiral intact. Nina helped.

Then January, and we tromped through snow fields where coyote tracks criss-crossed, where tiny mouse tunnels peeked open at intervals. Past the lone red pine, scraggly and stoic, down the sledding hill, through the frozen swamp, aglitter in snow and ice crystals, in the summer so loud with life, now silent but for the occasional deep moan of swamp ice.

By now, Nina was used to winter, an expert even. She ate snow by the handful and could glide atop its icy sheen and not fall through. My footsteps were loud in the muted winter woods, but I was light and sure.

The river cabin stood on stilts about as tall as the winter’s first snow. It was a man-made monolith there by the Saco River’s edge, straight and proud in its post and beam construction. As any lone house in the woods, it beckoned, its pine plank smell, its high ceiling, its single window near the point of the gable end, a forest clerestory, a river chapel. I unlatched the shutters. Nina pulled open the door. Suspended two feet off the solid ground, the floorboards creaked, and our boots stomped on pine planks. We were pleased with the sound, but also with the silence that settled as we sat at the windows, out of the wind and sun, to watch the water, the winter world pass.  There was communion (hot cocoa, crackers), there was singing, and our voices soared in that high ceilinged cabin floating two feet above the earth.

We spotted an eagle flying along the course of the river and watched as it swooped down to catch a squirrel in its talons. The eagle never touched ground, the sheer strength of its wings, the speed of its dive carried it back aloft, while the helpless creature writhed in its grasp.

Nina wailed: “I don’t want the eagle to kill the squirrel, mama, that’s NOT OK!” she pointed hard toward the window and cried.

Along the river floated a chunk of ice, ungainly, the size of a moose, or a small Volkswagen. An icicle, out of sight, crackled, and dripped from the cabin roof. The flow, the drip, the only indications of time passing. Nina burrowed her wet face into my hair. She was heavy, wearing so many layers of warmth, and she was sad. Sad about the squirrel. About winter and death and change. I was sorry that she had to witness such a violent moment, but she was warm and deliciously heavy on my lap. She smelled like maple syrup and my mother’s lavender. Her cheeks were damp on mine, her breath hot and stuttered as she tried to catch it.

Here is what was offered me: here was the river, here was an eagle, here was my child, warm and breathing.

Here, sweet Nina, is winter in Maine. It is cold. It is cruel. It is beautiful.

And I was proud to have provided. 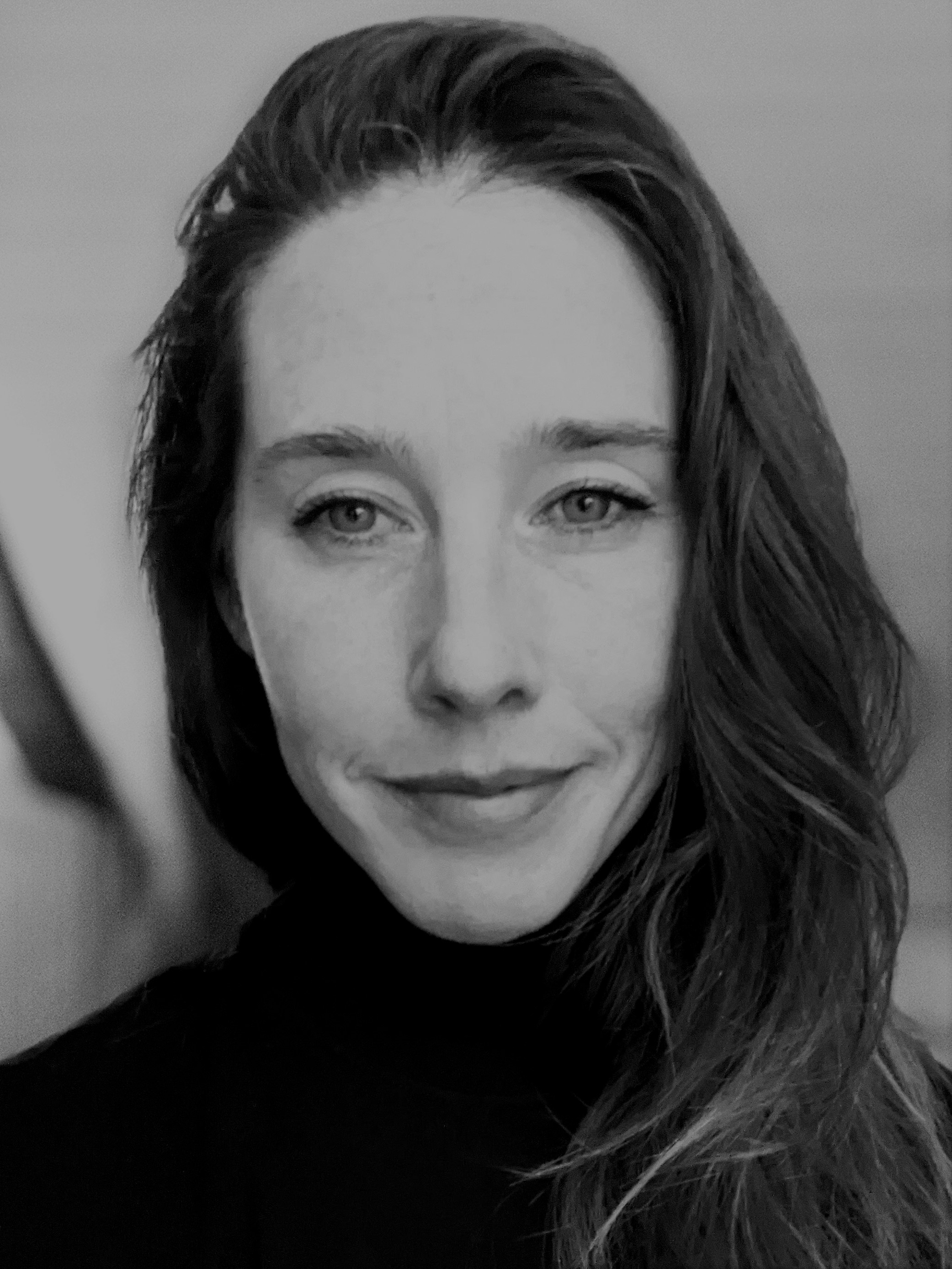 Caite McNeil is a writer and illustrator. Her work is place-based and often humorous, pulling inspiration from a childhood spent in rural Maine, and an adulthood in Northern California. She is a middle and high school English teacher, a long-distance runner, and an amateur cheese maker. Caite lives in Mid-Coast Maine with her husband Josh, daughter Nina and little dog Bowie.