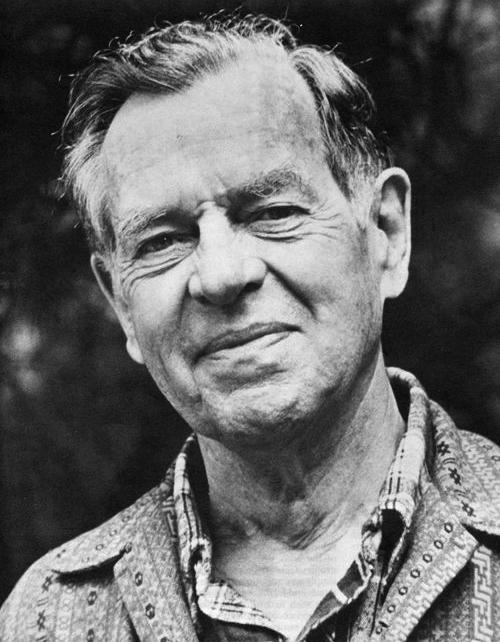 “One way to deprive yourself of an experience is to expect it. Another is to have a name for it before you have the experience.”

Joseph Campbell’s passion for comparative mythology and the study of world religions has put him at the forefront of writing about the significance of myth and metaphor and what we lose when we eschew our culture’s popular mythologies. The collection Thou Art That is composed of Campbell’s writings about the mythologies and images of Christianity in an attempt to highlight their metaphoric properties and discourage literal interpretation. In this extract he takes on the notion of experiencing mystery and considers how religious narratives can actually stymie the expansive human experience of transcendence.

The primary purpose of a dynamic mythology, which we may underscore as its properly religious function, is to awaken and maintain in the person an experience of awe, humility, and respect in recognition of that ultimate mystery that transcends every name and form, “from which,” as we read in the Upanişads, “words turn back.” In recent decades, theology has been often concentrated on a literary exercise in the explanation of archaic texts that are made up of historically conditioned, ambiguous names, incidents, sayings, and actions, all of which are attributed to “the ineffable.” Faith, we might say, in old-fashioned scripture or faith in the latest science belong equally at this time to those alone who as yet have no idea of how mysterious, really, is the mystery of themselves.

Into how many of us has the weight described by the physicist Erwin Schrödinger been born that “this life of yours that you are living is not merely a piece of the entire existence, but is, in a certain sense the whole; only the whole is not so constituted that it can be surveyed in one simple glance. This is what the Brahmins express in that sacred, mystic formula that is yet really so simple and so clear: Tat tvam asi, that is you.”

This is the basic insight of all metaphysical discourse, which is immediately known—as knowable to each alone-only when the names and forms, what I call the masks of God, have fallen away. Yet, as many have observed, including William of Occam, Immanuel Kant, and Henry Adams, the category, or name, of unity itself is of the mind and may not be attributed to any supposed substance, person, or “Ground of Being.”

“Faith in old-fashioned scripture or faith in the latest science belong equally at this time to those alone who as yet have no idea of how mysterious, really, is the mystery of themselves.“

Who, then, may speak to you, or to any of us, of the being or nonbeing of God, unless by implication to point beyond his words and himself and all he knows, or can tell, toward the transcendent, the experience of mystery.

The question sometimes arises as to whether the experience of mystery and transcendence is more available to those who have undergone some kind of religious and spiritual training, for whom, as I have said, it has all been named completely. It may be less available to them precisely because they have got it all named in the book. One way to deprive yourself of an experience is indeed to expect it. Another is to have a name for it before you have the experience. Carl Jung said that one of the functions of religion is to protect us against the religious experience. That is because in formal religion, it is all concretized and formulated. But, by its nature, such an experience is one that only you can have. As soon as you classify it with anybody else’s, it loses its character. A preconceived set of concepts catches the experience, cutting it short so that it does not come directly to us. Ornate and detailed religions protect us against an exploding mystical experience that would be too much for us.

There are two orders of religious perspective. One is ethical, pitting good against evil. In the biblically grounded Christian West, the accent is on ethics, on good against evil. We are thus bound by our religion itself to the field of duality. The mystical perspective, however, views good and evil as aspects of one process. One finds this in the Chinese yin-yang sign, the dai-chi.

We have, then, these two totally different religious perspectives. The idea of good and evil absolutes in the world after the fall is biblical and as a result you do not rest on corrupted nature. Instead, you correct nature and align yourself with the good against evil. Eastern cults, on the other hand, put you in touch with nature, where what Westerners call good and evil interlock. But by what right, this Eastern tradition asks, do we call these things evil when they are of the process of nature?

“The experience of mystery comes not from expecting it but through yielding all your programs, because your programs are based on fear and desire. Drop them and the radiance comes.“

I was greatly impressed when I was first in Japan to find myself in a world that knew nothing of the Fall in the Garden of Eden and consequently did not consider nature corrupt. In the Shinto scriptures one reads that the processes of nature cannot be evil. In our tradition, every natural impulse is sinful unless it has been purified in some manner.

In some artistic representations, one sees the Deity and at His right stand the three Graces. The muses are clothed because art clothes mystery. The final revelation is the naked mystery itself. The first of the three Graces is Euphrosyne, or rapture, sending forth the energy of Apollo into the world. The second is Aglaia, splendor, bringing the energy back. Then, embracing the two, we find Thalia, abundance. One recognizes that these are the functions of the Trinity in the Christian biblically based tradition in which these same powers are given a masculine form.

Finally, it does not matter whether you are going to name them male and female. Transcendence is beyond all such naming. This symbol refers to what might simply be called total meditation. Father is Thalia, the abundance who unites the other two. The Son is Euphrosyne, the rapture of love that pours itself into the world. The Holy Spirit, the Paraclete, is Aglaia, who carries us back. The energy itself stems from Apollo, who in the Christian tradition is the one Divine substance of which the three of the Trinity are personalities.

The experience of mystery comes not from expecting it but through yielding all your programs, because your programs are based on fear and desire. Drop them and the radiance comes.

Joseph Campbell (1904-1987)
From – Thou Art That: Transforming Religious Metaphor