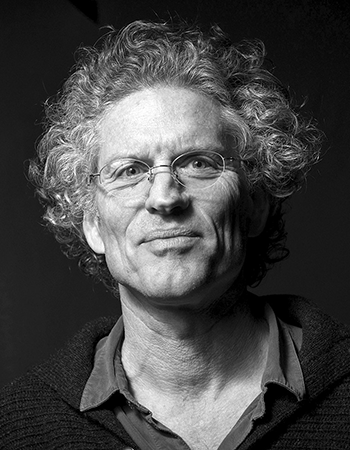 “Before intention and choice, before ideas and understanding and everything we think we know about ourselves—we love this world around us.”

In what ways can ancient spiritual traditions inform our very modern environmental and ecological problems? Poet, author and translator of Chinese texts David Hinton’s passion for Taoist literature is laid out in his new book Wild Mind, Wild Earth, in which he draws upon the traditional Chinese teachings to explore the notion of deep ecology. Focusing on how this philosophy can help us reconnect with our own formative ‘Paleolithic’ origins, Hinton recalls a time when we lived in a loving, kindred unity with the earth. In this passage from his book, Hinton writes about the impossibility of ever being separated from the all-encompassing life-giving organism of the Tao, and how our lives are a manifestation of, rather than a departure from, the ‘nurturing mother of all beneath heaven.’

Before intention and choice, before ideas and understanding and everything we think we know about ourselves—we love this world around us. We are kindred, emotionally entangled. Ancient China’s Taoist-Ch’an rivers-and-mountains practices represent the culmination of early China’s great cultural transformation, and they could also complete the remarkably similar transformation underway here in the West. They cultivate empty-mind belonging to earth/Tao without any separation, which is love and kinship at the deepest level. And that reveals in immediate experience a broader philosophical principle central to Taoist-Ch’an thought and practice: that we are “unborn”—an understanding that appears to be one more way the Paleolithic experience of self integral to ecosystem survived into China’s Taoist-Ch’an framework.

In that framework, death is a return home, a return to the generative tissue of Tao, to (as Lao Tzu says) the “nurturing mother,” the “mother of all beneath heaven.” And there was solace in that, belonging. But seen at a deeper level, we never leave home. Tao is all reality as a single living existence-tissue. The ten thousand things are not born out of it, never separate from it. They are always part of it. And it’s the same for us—for mind and identity and every aspect of human civilization. It might seem that we are born out of Cosmos/Tao, that in death we return to it. But at these depths, however separate the center of identity may appear, with its thought and memory, we are each a fleeting form conjured in Tao’s generative process of perpetual transformation: not just born out of wild earth/Cosmos/Tao and returned to it in death (which still assumes a center of identity detached from earth and its processes), but never out of it, totally unborn through and through, wild mind integral to wild earth.

“We never leave home. Tao is all reality as a single living existence-tissue. The ten thousand things are not born out of it, never separate from it. They are always part of it.“

This unborn kinship is our original-nature (the very thing Wordsworth and Thoreau and their compatriots yearned for and found in Native American cultures)—and yet, it all but vanished after the Paleolithic. It is difficult for us to inhabit that kinship, which is why spiritual practice existed in ancient China. Taoist-Ch’an cultivation of unborn original-nature is our most radical and deep ecological practice. But it is challenging. In ancient China, the great teachers were Taoist sages, poets and painters, Ch’an masters, rivers and mountains. We definitely need teachers like that, and thankfully they are still available to us. But our most elemental teacher may now be the Great Vanishing itself, earth’s sixth mass-extinction revealing directly how kindred we are with wild earth through the emotional intensity of our planetary love and grief over the vast destruction and suffering and death.

Southern resident orcas slowly starving to death, so stressed that reproduction is rare, their population in steep decline: the Sixth Extinction teaching love. Vietnam’s thirty national parks not actually wildlife preserves, but instead private hunting grounds where a genocidal campaign against primates supplies the rich with exotic meat (not unlike Italy’s ongoing slaughter of songbirds for tasty morsels): the Sixth Extinction teaching kinship. Half the planet’s animals already vanished, individual by individual, species by species, and much of the other half vanishing— red panda and California condor, vaquita porpoise and blue whale, Panamanian golden frog and hawksbill turtle, and even the bonobo and chimpanzee, our closest genetic relatives (sharing no less than 98.7% of DNA with us) vanishing, vanishing: all of it teaching love for this world, teaching kinship with its ten thousand precious things.

“This unborn kinship is our original-nature—and yet, it all but vanished after the Paleolithic. It is difficult for us to inhabit that kinship, which is why spiritual practice existed in ancient China.“

It’s an emotional intensity that reveals our original-nature as wild mind kindred through and through with wild earth—and again, “seeing original-nature” is the very definition of awakening in Ch’an Buddhism. Awakening may seem difficult. Ch’an practices like meditation reawaken kinship, and we can still cultivate them—practices that unravel the Greek-Christian assumptions that structure consciousness for us, and so might stem the destruction. But what a strange blessing this teacher is, this unfolding eco-catastrophe: it reveals how easy it is, how we are always already awakened!

We have seen how, three millennia ago, the anthropocentric and spiritualized paradigm of Shang Dynasty China was transformed into the ecocentric Taoist-Ch’an paradigm. Then, it was the suffering inflicted by political tyranny that drove a wholesale transformation in consciousness. Here, after two centuries of teachers—from Wordsworth and Thoreau to Zen and Land Art—leading a slow transformation in Western assumptions, perhaps the Great Vanishing is itself our next teacher. With the suffering and death of mass-extinction already unimaginably vast, perhaps it is these grievous forces that will complete a similar transformation here—returning wild mind to wild earth.

“Our most elemental teacher may now be the Great Vanishing itself, earth’s sixth mass-extinction revealing directly how kindred we are with wild earth through the emotional intensity of our planetary love and grief over the vast destruction and suffering and death.“

We’ve seen much of what the Sixth Extinction’s Great Vanishing has to teach us, all those insights of Paleolithic and Taoist-Ch’an understanding that have begun emerging here in the West. There’s more, and we’ll get to that. But for now, it’s worth remembering that in denouncing the destruction of the planet, Robinson Jeffers was actually proposing a radical form of self-realization, a liberating self-transformation in which we reestablish our wild-mind kinship with wild earth and Cosmos. And the Great Vanishing is also revealing to us our most profound and beautiful and capacious selves. Calling forth all that love and joy and grief, it reveals our larger and more primordial self, our original wild-mind nature: again, the very definition of awakening in Ch’an Buddhism. And so, the Great Vanishing as an especially profound teacher in our age.

How strange that in cultivating this awakening, this wild mind integral to wild earth, we each cultivate not only our largest self, but also the possibility of ending today’s Great Vanishing. How perfect that they are woven together: cultivating wild mind and cultivating wild earth! If we can’t master what the Sixth Extinction is teaching, we will live with that vast wound of consciousness torn from existence. And at the same time, Jeffers’s storm will continue arriving from “the long coast / Of the future to scour” our planet clean of the human. Indeed, in our kindred love of this world, it can be hard not to share Jeffers’s feeling that, barring a wholesale transformation in human consciousness, the sooner that storm does its work, the better for wild earth as a whole.

From Wild Mind, Wild Earth: Our Place in the Sixth Extinction by David Hinton © 2022 by David Hinton. Reprinted in arrangement with Shambhala Publications, Inc. Boulder, CO.