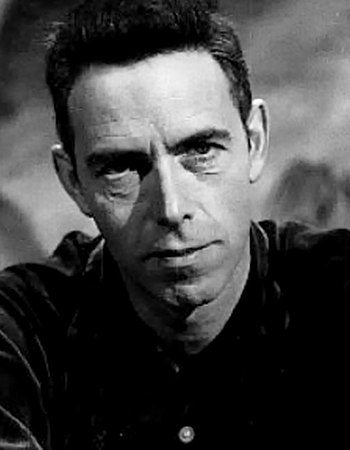 “We should not make any opposition between ordinary life and the Tao, as if the Tao were some mysterious essence that lived in the heart of atoms.”

In the Hua Hu Ching, Lao Tzu wrote: ‘Acceptance is the very essence of Tao.’ In this excerpt from Talking Zen: Reflections on Mind, Myth and the Magic of Life, Alan Watts weaves this primary principle of Taoism into his treatise on the psychology of acceptance. In it, he argues that true acceptance can most easily be approached through the Chinese Taoist and Buddhist philosophies that emerged between the 5th century CE and the Middle Ages. One aspect of this psychology of acceptance involves the understanding ‘that there is only one ultimate reality or source of activity in the universe,’ and that it can be directly experienced ‘by looking into your own mind and watching the inside universe of thoughts and feelings.’

Both in the Advaita system of the Hindus and in Taoism, there is really only one important doctrine, namely that every possible form of existence is produced by and is itself brahman or the Tao. Advaita means literally “not-two,” which means to say that there is only one ultimate reality or source of activity in the universe, and as there is only one, nothing can be set in opposition to it. For opposition can arise only when there is duality, and though this one reality expresses itself in innumerable pairs of opposites, there is nothing whatever that can be opposed to the reality itself. So, also, we may say of the Tao that though it is expressed in two opposed (or, from another point of view, complementary) elements positive and negative, living and dying there is nothing whatsoever outside the Tao itself.

You may think I am talking in the unverifiable abstractions of metaphysics, but that is only because I have used the unfamiliar words brahman and Tao. In fact you need no metaphysical knowledge to verify these statements. We often use phrases such as, “Life is like that,” or as the French exclaim when things go wrong, C’est la vie! If you substitute the word “life” in this wide and all-inclusive sense for brahman and Tao, you will begin to understand what these Asian systems mean. The Greeks had a word for it: To’ov, that which is, Being; or, to use Jung’s phrase that I have already quoted, it is “what is happening.” Life, in this sense, includes all opposites, being a vast conglomeration of people, things, forces, ideas, planets, stars, trees, and houses to the totality of which nothing can be added and from which nothing can be taken away.

Advaita means literally “not-two,” which means to say that there is only one ultimate reality or source of activity in the universe

When Jung was lecturing in London some time ago, he told a story of someone who had asked a Chinese scholar what he meant by Tao. The scholar asked him to look out of the window and tell him what he saw. “I see houses and streets,” he answered. “What else?” “People are walking about and there are clouds overhead.” “What else?” “The wind is blowing.” The scholar opened his arms as if to include the whole thing and replied, “That is Tao.” And to see it, you do not even have to look out of the window. “Without going out of my house,” said Lao-tzu, “I can know the whole universe.” For you can find it just by looking into your own mind and watching the inside universe of thoughts and feelings.

But please do not make the mistake of imagining that it needs some special mystical insight to perceive the Tao in and around you. I have said that nothing exists beside or apart from it, and we should not make any opposition between ordinary life (or the world of opposites) and the Tao, as if the Tao were some mysterious essence that lived in the heart of atoms. Chinese philosophers even go so far as to say that when you assert, “Life is Tao,” you have made a mistake by trying to join two different concepts that were never in need of joining. Thus, when they are asked about the Tao, they may point at a tree, lift a stick, or smack your face in order to show you, but they do not say that the tree, the stick, or the smack is the Tao, for that would instantly imply a mental division between the two.