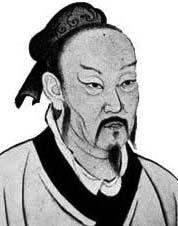 With great power also comes great responsibility, but not always great wisdom. Chinese philosopher Chuang Tzu, whose writings form one of the pillars of Taosim, took a dim view of much of human activity and the accumulation of power and knowledge, recommending instead the cultivation of a kind of wisdom in tune with the Tao, or the Way. From the chapter ‘Broken Suitcases’ from The Book of Chuang Tzu, he talks about the mistakes we make in collecting the kind of knowledge that is short-sighted and transient.

From: The Book of Chuang Tzu

1 thought on “Chuang Tzu: How To Find What You Already Know?”