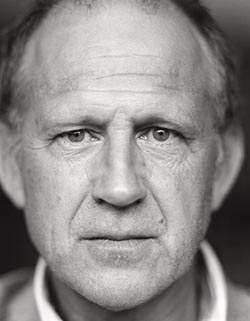 Anyone who has embarked on a prolonged meditation retreat will know that the experience is often a far cry from the blissed out enlightenment we thought we’d signed up for. In his book, Teach Us To Sit Still, Tim Parks gives a candid, humorous and humane account of his own trajectory from disbelief and pain to some kind of peace. In this excerpt, he talks about the first experience of intense meditation and its seemingly alarming effects.

Itch by itch, ache by ache, pulse by pulse, the body was explored. There was the first time I felt the roots of my teeth, a deep vibration in the gums, the first time the tongue throbbed and twitched and was truly present in my mouth, the first time a ball of fire rose slowly from stomach to chest. Pains flared, burned, petered out. Then returned.

Meantime one’s personality was being stripped apart. It was a complicated demolition job where work had to proceed in a certain order: first this certainty came down, then that, then the one on the floor beneath. Not a sudden collapse but a steady dismantling. Or perhaps it was simply that without the people each side of you who make you who you are — wife, family, colleagues, friends – without work, TV, radio, without newspapers and books, phone and email, without a keyboard or paper to write on, the construct that was me was falling apart, rather as though a ship held together by the water it sailed in had been lifted into dry dock. Bits fell off. There was a day of tears, a day of confusion, a day of panic, a day of optimism.

‘May all beings be free from all attachment,’ Coleman intoned and he explained the pains we were experiencing thus: the body was an asbestos-clad stove full of burning coals. The coals were the smouldering accumulation of our past thoughts and actions. If we felt no heat in the ordinary way it was because the constant stimulation of our senses, the interminable churning of our mental activity, were powerful insulators: always moving, thinking, doing, we didn’t notice. But by taking the five precepts and practising Anapana we had stripped off the asbestos and cracked open the stove. Then we felt our karma’s painful heat. Now, day by day, with Vipassana, we would go into every corner of the stove, we would turn the coals so that they glowed and scorched. It was hard, he said. But slowly, surely, they would burn themselves out and all would be calm. Our minds would be pure and empty.

I thought: So they wait until the seventh day to tell you that the whole thing is based on pain, experiencing pain, accepting pain, something that, had you been informed beforehand, would most likely have deterred you from coming.

From: Teach Us To Sit Still