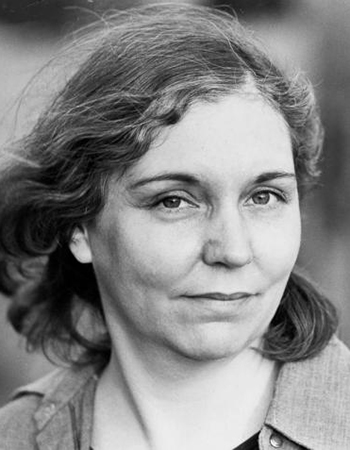 “Time” is not just a mental concept or a mathematical abstraction in the desert. The rocks in the distance are ageless; they have been deposited in layers over hundreds of thousands of year. “Time” takes on a physical presence.

In 1976, artist Nancy Holt completed a public artwork called Sun Tunnels in the Great Basin Desert in Utah that comprised of four 18-foot long concrete tubes arranged in an X-formation and aligned with the movements of the sun, and in particular with regard to the summer and winter solstices. Each pipe also features the pattern of a constellation (Draco, Perseus, Columba, and Capricorn) through various-sized holes that let the sun and moonlight into the curved interior. The position of Holt’s Sun Tunnels is relatively close to her husband Robert Smithson’s Spiral Jetty constructed at the Great Salt Lake in Utah. Smithson was killed in a plane crash the year that Holt began work on Sun Tunnels. The following is an excerpt from an essay Holt wrote for the magazine ArtForum in 1977 about her desert project in which she expounds upon her fascination with the vast, timeless spaces of the American west and the idea of using them and recontextualizing them for herself and for people living close by.

My land is in a large, flat valley with very little vegetation—it’s land worn down by Lake Bonneville, an ancient lake that gradually receded over thousands of years. The Great Salt Lake is what remains of the original lake now, but it’s just a puddle by comparison. From my site you can see mountains with lines on them where the old lake bit into the rock as it was going down. The mirages are extraordinary: You can see whole mountains hovering over the earth, reflected upside down in the heat. The feeling of timelessness is overwhelming.

In the surrounding area are old trails, crystal caves, disused turquoise, copper, and tungsten mines, old oil wells and windmills, hidden springs, and ancient caves. A nearby cave, coated with centuries of charcoal and grease, is filled with at least ten feet of residue—mostly dirt, bones, and artifacts. Out there a “lifetime” seems very minute. After camping alone in the desert awhile, I had a strong sense that I was linked through thousands of years of human time with the people who had lived in the caves around there for so long. I was sharing the same landscape with them. From the site, they would have seen the sun rising and setting over the same mountains and ridges.

The closest settlement is four miles away in Lucin, Utah. It’s a village of ten people; nine are retired and one works for the railroad. Until the demise of the railroad, Lucin and Tacoma (ten miles west) were thriving towns of a few hundred people, with hotels, cafes, barber shops, saloons. Tacoma is completely leveled now. Except for a sign, there is no way of telling that a town had once been there. Lucin has only one of its old buildings left standing. The next closest town, Montello, Nevada (pop. sixty), twenty-two miles west, went through a similar process, but is more intact: even a few of the original sheds, made of interlocking railroad ties covered with sod roofs, still exist.

“Being part of that kind of landscape, and walking on earth that has surely never been walked on before, evokes a sense of being on this planet, rotating in space, in universal time.“

“Time” is not just a mental concept or a mathematical abstraction in the desert. The rocks in the distance are ageless; they have been deposited in layers over hundreds of thousands of year. “Time” takes on a physical presence. Only ten miles south of Sun Tunnels are the Bonneville Salt Flats, one of the few areas in the world where you can actually see the curvature of the earth. Being part of that kind of landscape, and walking on earth that has surely never been walked on before, evokes a sense of being on this planet, rotating in space, in universal time.

By marking the yearly extreme positions of the sun, Sun Tunnels indicates the “cyclical time” of the solar year. The center of the work becomes the center of the world. The changing pattern of light from our “sun-star” marks the days and hours as it passes through the tunnel’s “star-holes.” The positioning of the work is also based on star-study: the surveyor and I were only able to find True North by taking our bearings on the North Star—Polaris—as it ovals around the North Pole because of the earth’s movement.

I wanted to bring the vast space of the desert back to human scale. I had no desire to make a megalithic monument. The panoramic view of the landscape is too overwhelming to take in without visual reference points. The view blurs out rather than sharpens. Through the tunnels, parts of the landscape are framed and come into focus. I chose the diameter, length, and distance between the tunnels based on the proportions of what could be seen of the sky and land, and how long the sun could be seen rising and setting on the solstices.

In the desert, scale is hard to discern from a distance. Mountains that are five or ten miles away look deceptively close. When the Sun Tunnels is seen from four miles away, it seems very large. Closer in, a mile or so away, the relational balance changes and is hard to read. The work is seen from several angles on the road in; at times two of the tunnels line up exactly head on and seem to disappear. Seen from a side angle, the two tunnels in front can totally overlap and cancel out the ones in the back.

“In the desert, scale is hard to discern from a distance. Mountains that are five or ten miles away look deceptively close.”

In the glare of the desert sunlight, I want to turn away from the sun, rather than contemplate it. When the sunlight is all around me like that, I only become conscious of it when it is edged by shadow. The sunlight pours in wherever there are holes in the tunnels. Because of the seven-and-a-quarter-inch thickness of the holes, the shape of the light that reaches the bottom of the tunnels is usually a pointed ellipse, but there are times when the sun is directly over a hole and a perfect circle is cast. Day is turned into night, and an inversion of the sky takes place: stars are cast down to Earth, spots of warmth in cool tunnels.

Moonlike crescents of light form inside the rims of the tunnels. They elongate in the early and late hours of the day, and disappear altogether when the tunnels are in full shadow inside, which occurs at a different time on one diagonal of the “X” than it does on the other. (Around the summer solstice this happens about 12:30 and 3:30.) On days when the clouds come and go, there is a dimming, a darkening, and then a brightening of the areas of light.

When the sun beats down the site, the heat waves seem to make the earth dissolve, and the tunnels appear to lose their substance—they float like the mirages in the distance. Around the time of the solstices, when the sun rises and sets through the tunnels, it glows bright orange on the tunnel walls.

At night, even a quarter moon can cast a pattern of light. The moonlight shines through the holes in different positions and with a different intensity than the sunlight does. In the moonlight the tunnels seem to glow from within their own substance, the rims of the tunnels forming crescents in the night. As you move through the tunnels, the moon and stars and planets can be lined up and framed through each hole. Looking up through the holes on a bright night is like seeing the circles of light during the day, only inverted.

In choosing the constellation for the holes, I wanted only those with stars of several different magnitudes, so that I could have holes of different diameters. Depending on which of the twelve astronomical charts I consulted, the number and positions of the stars in the constellations varied, increasing my options considerably. Each constellation had also to have enough stars, and to encompass the top half of a tunnel with some holes at eye level on each side, so that the viewer could look through the eye-level holes from the outside and see through the holes on the other side of the tunnel. With those criteria there were only a few constellations that I could use, and from them I chose Draco, Perseus, Columba, and Capricorn. Together, they encompass the globe—Columba is a Southern Hemisphere constellation which slips over the edge of the horizon for a short time each year, but can’t be seen because of the dense atmosphere near the earth. Capricorn is visible in the fall and early winter, and is entered by the sun at the winter solstice. Draco and Perseus are always visible in the sky.

“The local people and I differ on one point: if the land isn’t too good for grazing, or if it doesn’t have water, or minerals, or shade, or interesting vegetation, then they think it’s not much good. They think it’s very strange when I camp out at my site, although they say they’re glad I found a use for that land.“

The local people and I differ on one point: if the land isn’t too good for grazing, or if it doesn’t have water, or minerals, or shade, or interesting vegetation, then they think it’s not much good. They think it’s very strange when I camp out at my site, although they say they’re glad I found a use for that land. Many of the local people who came to my summer solstice camp-out had never been out in that valley before. So by putting Sun Tunnels in the middle of the desert, I have not put it in the middle of their regular surroundings. The work paradoxically makes available, or focuses on, a part of the environment that many local people wouldn’t normally have seen.

The idea for Sun Tunnels became clearer to me while I was in the desert watching the sun rising and setting, keeping the time of the earth. Sun Tunnels can exist only in that particular place—the work evolved out of its site.

Words and photographs of the work are memory traces, not art. At best, they are inducements for people to go and see the actual work.