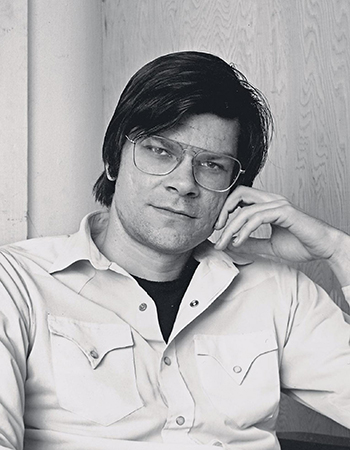 “Artists themselves are not confined, but their output is.”

In 1970, the artist Robert Smithson made one of the most iconic pieces of 20th century art when he constructed a spiral-shaped jetty in the bright red waters of the Great Salt Lake in Utah. Smithson’s brand of land art went against the hegemony of galleries and museums who he accused of dictating the context, meaning and value of art. By making art in nature, Smithson was able to altogether bypass these institutions and have his work be a direct expression and interaction with the landscape. In this essay published in an exhibition catalog in 1972, Smithson reiterated his lament for the lack of true freedom afforded artists and expanded his critique to the ways in which landscapes were also curated and tamed in parks across the United States. We need to be aware, he urged, that ‘museums and parks are graveyards above the ground—congealed memories of the past that act as a pretext for reality,’ and that the experience of being these environments is an impoverished surrogate to a more vibrant and dialectical relationship to art, nature and life.

Cultural confinement takes place when a curator imposes his own limits on an art exhibition, rather than asking an artist to set his limits. Artists are expected to fit into fraudulent categories. Some artists imagine they’ve got a hold on this apparatus, which in fact has got a hold of them. As a result, they end up supporting a cultural prison that is out of their control. Artists themselves are not confined, but their output is. Museums, like asylums and jails, have wards and cells—in other words, neutral rooms called “galleries.” A work of art when placed in a gallery loses its charge, and becomes a portable object or surface disengaged from the outside world. A vacant white room with lights is still a submission to the neutral. Works of art seen in such spaces seem to be going through a kind of esthetic convalescence. They are looked upon as so many inanimate invalids, waiting for critics to pronounce them curable or incurable. The function of the warden-curator is to separate art from the rest of society. Next comes integration. Once the work of art is totally neutralized, ineffective, abstracted, safe, and politically lobotomized it is ready to be consumed by society. All is reduced to visual fodder and transportable merchandise. Innovations are allowed only if they support this kind of confinement.

Occult notions of “concept” are in retreat from the physical world. Heaps of private information reduce art to hermeticism and fatuous metaphysics. Language should find itself in the physical world, and not end up locked in an idea in somebody’s head. Language should be an ever developing procedure and not an isolated occurrence. Art shows that have beginnings and ends are confined by unnecessary modes of representation both “abstract” and “realistic.”

A work of art when placed in a gallery loses its charge, and becomes a portable object or surface disengaged from the outside world. A vacant white room with lights is still a submission to the neutral.

A face or a grid on a canvas is still a representation. Reducing representation to writing does not bring one closer to the physical world. Writing should generate ideas into matter, and not the other way around. Art’s development should be dialectical and not metaphysical.

I am speaking of a dialectics that seeks a world outside of cultural confinement. Also, I am not interested in art works that suggest “process” within the metaphysical limits of the neutral room. There is no freedom in that kind of behavioral game playing. The artist acting like a B. F. Skinner rat doing his “tough” little tricks is something to be avoided. Confined process is no process at all. It would be better to disclose the confinement rather than make illusions of freedom.

I am for an art that takes into account the direct effect of the elements as they exist from day to day apart from representation. The parks that surround some museums isolate art into objects of formal delectation. Objects in a park suggest static repose rather than any ongoing dialectic. Parks are finished landscapes for finished art. A park carries the values of the final, the absolute, and the sacred. Dialectics have nothing to do with such things. I am talking about a dialectic of nature that interacts with the physical contradictions inherent in natural forces as they are-nature as both sunny and stormy. Parks are idealizations of nature, but nature in fact is not a condition of the ideal. Nature does not proceed in a straight line, it is rather a sprawling development.

Confined process is no process at all. It would be better to disclose the confinement rather than make illusions of freedom.

Nature is never finished. When a finished work of 20th-century sculpture is placed in an 18th-century garden, it is absorbed by the ideal representation of the past, thus reinforcing political and social values that are no longer with us. Many parks and gardens are re-creations of the lost paradise or Eden, and not the dialectical sites of the present. Parks and gardens are pictorial in their origin—landscapes created with natural materials rather than paint. The scenic ideals that surround even our national parks are carriers of a nostalgia for heavenly bliss and eternal calmness.

Apart from the ideal gardens of the past, and their modern counterparts–national and large urban parks—there are the more infernal regions—slag heaps, strip mines, and polluted rivers. Because of the great tendency toward idealism, both pure and abstract, society is confused as to what to do with such places. Nobody wants to go on a vacation to a garbage dump. Our land ethic, especially in that never-never land called the “art world” has become cloud with abstractions and concepts.

Could it be that certain art exhibitions have become metaphysical junkyards? Categorical miasmas? Intellectual rubbish? Specific intervals of visual desolation? The warden-curators still depend on the wreckage of metaphysical principles and structures because they don’t know any better. The wasted remains of ontology, cosmology, and epistemology still offer a ground for art. Although metaphysics is outmoded and blighted, it is presented as tough principles and solid reasons for installations of art. The museums and parks are graveyards above the ground—congealed memories of the past that act as a pretext for reality. This causes acute anxiety among artists, in so far as they challenge, compete, and fight for the spoiled ideals of lost situations.