Falling in love with someone in a foreign city poses the question: is it the person or the place I’m really in love with? 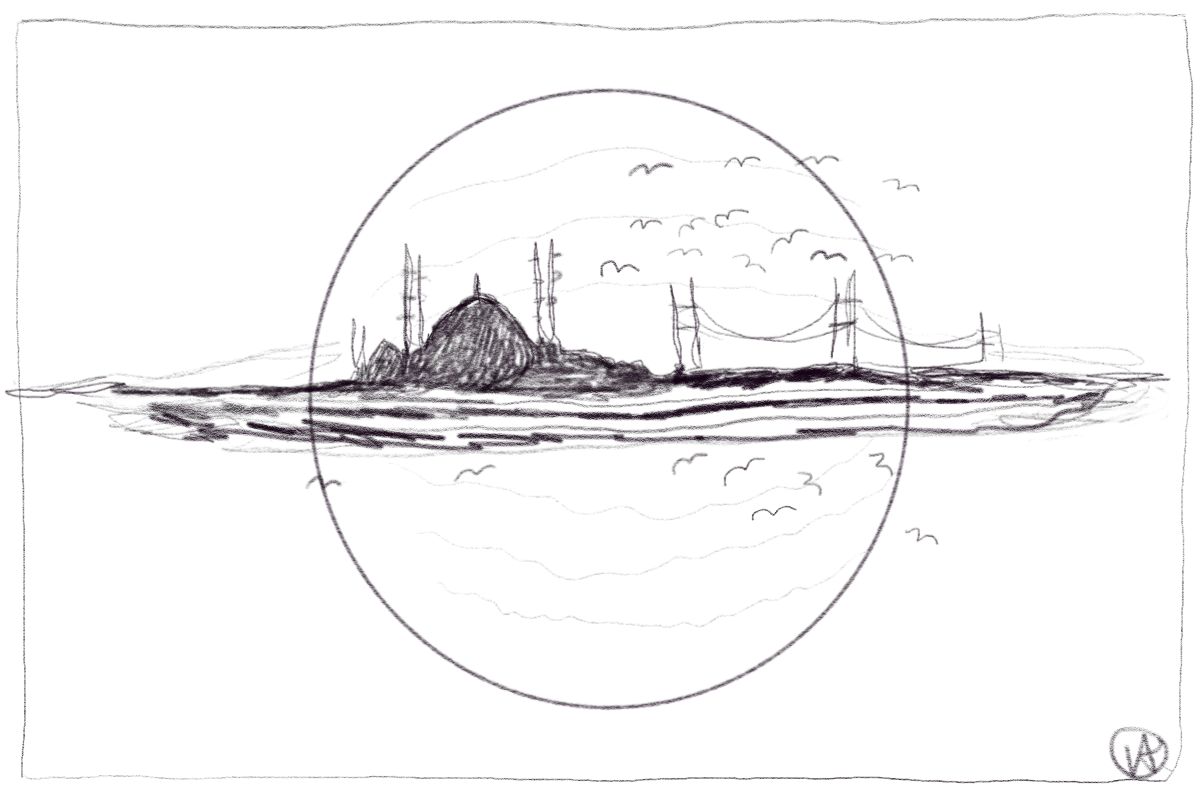 THE BAR ON PUB LANE was pretty crowded for October, not that I cared. I had my Efes Pilsen and my bar stool. No need to do anything, but steadily get plastered though my roving eye also enjoyed scoping out the place for attractive women that I’d probably never approach.

The music was pop schlock: Whitney Houston, Chris de Burgh, Foreigner, Brian Adams. The sdfsudden start of “Hip Hop Hooray” by one-hit-wonder average rap group Naughty by Nature perked me up. My head started bobbing and I also noticed a thin, bright-eyed Turkish girl at the end of the bar with a girlfriend looking my way. I ordered more beer and was making quick work of it when the entire ambience of the bar changed in a flash and the room was suddenly resounding with upbeat Turkish music. The tonal arrangements and percussion were entirely different to what had gone before, and the people in the room, who, having been rather subdued up till then, suddenly sprung to life and filled all available space in the room to dance. The cheap disco lights seemed augmented by the change as well, but by now I was also properly pissed. The lithe, spritely young woman I’d noticed earlier was suddenly dragging me off my barstool to dance. Her name was Zuhal.

I’d be lying if I said I remembered all of what transpired next, but what I do remember is how much sexier the Turkish dancing seemed and the mad zurna-jamming in ‘70s Turkish rock icon Erkin Koray’s famous track ‘Fesuphanaallah’. The zurna is a distant relative of the oboe and in the right context can really rock a party. I recall my inhibitions dropping away as if it were the pipes of Pan repurposed by the Master Musicians of Joujouka exploding in those short groovy bursts between vocal segments in the song.

How I ended up at her place in the artistic and entertainment district of Alsancak, Izmir, I really have no idea. In 1993, everything about Turkey was exotic and exciting. I would later call it the ‘magic period’ – a honeymoon that we odd individuals who ended up staying there long-term experienced before either returning home or becoming lifers.

I had just recently arrived in Turkey from the United States. After a stint teaching English in Italy, I was living with a friend from college in Manhattan on the Lower East Side and just managing to get by. We both shared an interest in what was then called ‘World Music’ and there were Middle Eastern instruments all over the apartment as well as CDs and piles of cassettes, some of them Turkish. When I found a teaching job in Turkey, the choice to move there seemed obvious. I pored over books on the country at the New York Public Library, watched whatever films I could get hold of, and listened to Turkish ‘70s rock as well as folk and the legendary saz playing, wandering minstrel Aşık Veysel.

In 1993, everything about Turkey was exotic and exciting. I would later call it the ‘magic period’ – a honeymoon that we odd individuals who ended up staying there long-term experienced before either returning home or becoming lifers.

Zuhal, whose name translates as Saturn—what a name!—was a knockout as far as I was concerned. We both enjoyed sex, talking, eating and had a similar love of alcohol. She was into the Violent Femmes, João Gilberto and Stan Getz, Truman Capote, Woody Allen’s writings, Italo Calvino.

The first time we met again after that first night in Kuşadası, we travelled from Izmir to nearby Selçuk, a sleepy little town known for its storks, and its proximity to the famed ruins of Ephesus. We checked into two different rooms at a three star hotel as the balding, dour-faced hotel receptionist seemed conservative. We unceremoniously drank rakı from a bottle in one of the rooms and made love on the small bed.  We ate mussels and rice served by itinerant vendors wandering up and down the beaches. We sat at cafes together drinking Turkish tea or muddy local coffee in tulip-shaped cups. We shared a love of the sea, and when we swam together and she dived beneath the surface, the sight of her tight buttocks always excited me.

Zuhal and I stuck together for three years. My problem was that she lived in Izmir and I lived in Istanbul, 478.8km away. I used to walk along the Marmara seaside at a park outside the old city walls, stare at all the oil tankers and other boats languishing there and look south across the water, feeling sorry for myself. It seemed like the Marmara Sea was designed by the gods for the purpose of this kind of melancholy. Unlike the Bosphorus with its dynamic currents, twists and turns, the Marmara never filled me with much in the way of elation. Whereas the straits promised passage to new lands, the Marmara at times seemed like a large, static lake, despite its beauty. Ships there were stalled and anchored and the cluster of Princes’ Islands in the distance suggested the kind of exile they were once used for in the Ottoman Era.

Low-cost  airlines did not emerge in Turkey until some years later, so to see Zuhal, I had to board a smoky, overnight bus for a nine-hour trip. The bond Zuhal and I shared was strong enough to render the travel hassles negligible. Briefly, Zuhal held a job at a company in Istanbul as well until the company went bust. Then, after a spell living with her family back in Izmir, she landed another job in Istanbul and moved in with one of her friends from university. So for most of our time together we were living in the same city.

I remember her sunless flat in the grey area between the neighborhoods of Teşvikiye and Beşiktaş; the former, home to the well-heeled, upper classes and the latter, strictly working class. I’d often find myself clambering down the cobble-stoned street at speed to get to the liquor store before it closed at 11 so I could buy another bottle of rakı. The grouchy chain-smoking retiree in his white t-shirt and messy gray hair always had an unkind word for me as I raced by his window, below which were piled hundreds of his cigarette butts. If I forgot he was there and managed to cross to the other side of the road, his head would pop up like a manic jack-in-the-box and I might be hit by a still burning cigarette flicked from his hand.

Snowfall in the city was a rare but welcome experience. Even the people most inconvenienced by the snow marvelled at how the leaden domes of the mosques and drab ‘70s apartment blocks of the metropolis were transformed into a bembeyaz (completely white) wonderland. Being snowed in with Zuhal for a week during our first year together in that dark apartment between Teşvikiye and Beşiktaş, was heaven on earth. In bed after lovemaking she would softly say ‘bir tane’ to me, which I later learned meant something like ‘unique’ as in, ‘my special one’. I felt the same for her.

During the few times I’ve been in love in my life, one of the sure signs it was authentic was simple. Curled up with the beloved being I had no desire to be anywhere else.

In Buddhism, a Hungry Ghost is a pathetic creature who can never be satisfied. Like the unfortunate meditator who is never here and now but always there and then, these miserable beings are perpetually looking elsewhere to satisfy their never-ending cravings. My meditation practice varies from day to day. Suffice it to say I’m no Eckhart Tolle. However, during the few times I’ve been in love in my life, one of the sure signs it was authentic was simple. Curled up with the beloved being I had no desire to be anywhere else – a state I find to be increasingly impossible to experience in our hyper productive, FOMO dystopia. For a brief time I enjoyed this precious state with Zuhal.

Zuhal and I had a very intense bond, but it relied on proximity. In retrospect, the love that had blossomed when I sat on the shore of the Marmara Sea my first night in Turkey was actually for a place and not any person in particular – a unique place like none other I’d ever experienced. Neither Zuhal nor I were completely faithful when in different cities. When she found a number of drafts of love letters to another woman while temporarily staying at my apartment, she immediately vanished. I returned from a trip to Eastern Europe to an empty, forlorn apartment. Only three months later would she contact and meet up with me and let me know why our relationship was over.

Here I’ve neglected to mention the Kurdish girl I dated for weeks before my meeting with Zuhal and other shenanigans with a polyamourous single mother I’d met through a German friend and spent some wild nights with when Zuhal was out of town. Nor was Zuhal apparently faithful as I found out when I ended up at an international hospital with a minor STD that could only have come from her via another partner. Irresponsibility comes easy to travellers far away from home but when we look back we tend to leave out the unsavory details that might detract from the stories that we tell ourselves, and others.

In  1997, I came across this passage in an article by Semra Somersan about Istanbul’s bohemian neighborhood of Cihangir in a journal called Mediterraneans, little knowing how true it would ring for me:

If you come here and you fall in love or something like that, you will stick around. They won’t warn you when the time has come to leave.

My relationship with Zuhal ended with little drama or bitter recriminations. She quickly took up with an old friend from school. The short duration of my grief about the relationship ending only highlighted the fact that my real love was for Istanbul, which now seemed entrenched whether I was conscious of it yet or not. The city that I initially thought was a mere exotic backdrop for my extended dalliance with Zuhal turned out to be a central protagonist in the unfolding story of my younger self and an amorous rabbit hole that I had well and truly found myself deep down in. 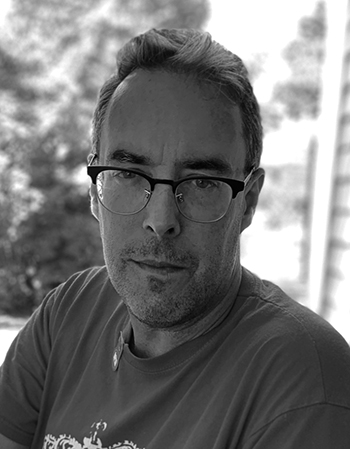 James Snow lives in Istanbul, Turkey, where he teaches film and literature at a private American college. After dabbling in freelance journalism and videography (Time Out, The International Herald Tribune etc.) as well as “Live Cinema” (VJ-ing) at clubs, the pandemic pushed him to focus on creative nonfiction. İstanbul and its ghosts provide him with inspiration.