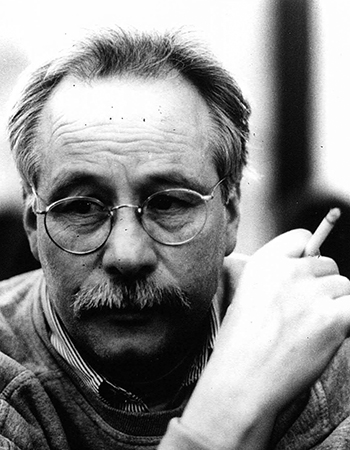 From the earliest times, human civilization has been no more than a strange luminescence growing more intense by the hour, of which no one can say when it will begin wane and when it will fade away.

‘On every new thing, there lies already the shadow of annihilation,’ wrote W. G. Sebald, whose book, The Rings of Saturn, is a meditation on impermanence and transience set in the context of a walking tour of England’s east coast. One of the things that struck Sebald in the course of his peregrinations was the mutability of landscape in both a broader and more immediate historical context as he reflected on England’s receding forests and the combustion that has taken place in order to make space for human civilizations.

It had grown uncommonly sultry and dark when at midday, after resting on the beach, I climbed to Dunwich Heath, which lies forlorn above the sea. The history of how that melancholy region came to be is closely connected not only with the nature of the soil and the influence of a maritime climate but also, far more decisively, with the steady and advancing destruction, over a period of many centuries and indeed millennia, of the dense forests that extended over the entire British Isles after the last Ice Age. In Norfolk and Suffolk, it was chiefly oaks and elms that grew on the flatlands, spreading in unbroken waves across the gently undulating country right down to the coast. This phase of evolution was halted when the first settlers burnt off the forests along those drier stretches of the eastern coast where the light soil could be tilled. Just as the woods had once colonized the earth in irregular patterns, gradually growing together, so ever more extensive fields of ash and cinders now ate their way into that green-leafed world in a similarly haphazard fashion.

Our spread over the earth was fuelled by reducing the higher species of vegetation to charcoal, by incessantly burning whatever would burn.

If today one flies over the Amazon over Borneo and sees the mountainous palls of smoke hanging, seemingly motionless, over the forest canopy, which from above resembles a mere patch of moss, then perhaps one can imagine what those fires, which sometimes burned on for months would leave in their wake. Whatever was spared by the flames in prehistoric Europe was later felled for construction and shipbuilding, and to make the charcoal which the smelting of iron required in vast quantities. By the seventeenth century, only a few insignificant remnants of the erstwhile forests survived in the islands, most of them untended and decaying. The great fires were now lit on the other side of the ocean. It is not for nothing that Brazil owes its name to the French word for charcoal. Our spread over the earth was fuelled by reducing the higher species of vegetation to charcoal, by incessantly burning whatever would burn. From the first smouldering taper to the elegant lanterns whose light reverberated around eighteenth-century courtyards and from the mild radiance of these lanterns to the unearthly glow of the sodium lamps that line the Belgian motorways, it has all been combustion.

Like our bodies and like our desires, the machines we have devised are possessed of a heart which is slowly reduced to embers.

Combustion is the hidden principle behind every artefact we create. The making of a fish-hook, manufacture of a china cup, or production of a television programme, all depend on the same process of combustion. Like our bodies and like our desires, the machines we have devised are possessed of a heart which is slowly reduced to embers. From the earliest times, human civilization has been no more than a strange luminescence growing more intense by the hour, of which no one can say when it will begin wane and when it will fade away. For the time being, our cities shine through the night, and the fires still spread. In Italy, France and Spain, in Hungary, Poland and Lithuania, in Canada and California, summer fires consume whole forests, not to mention the great conflagration in the tropics that is never extinguished. A few years ago, on a Greek island that was wooded as recently 1900, I observed the speed with which a blaze runs through dry vegetation. A short distance from the harbour town where I was staying, I stood by the roadside with a group of agitated men, the blackness behind us and before us, far below at the bottom of a gorge, the fire, whipped up by the wind, racing, leaping, and already climbing the steep slopes. And I shall never forget the junipers, dark against the glow, going up in flames one after the other as if they were tinder the moment the first tongues of fire licked at them, with a dull thudding sound like an explosion, and then promptly collapsing in a silent shower of sparks.