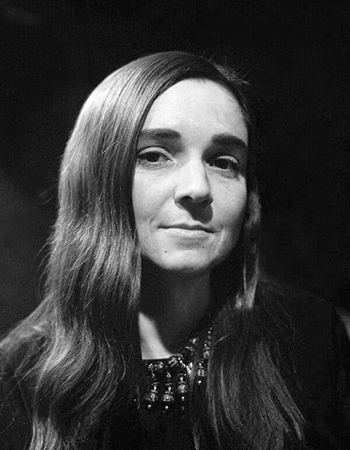 “Is it in the sun that truth begins?”

The corpse-plant, also known as Indian Pipes, is a rare white plant lacking chlorophyll that grows in Asia and the Americas. The plant’s soft and scaly appearance and its drooping head give it a ghostly air, as Adrienne Rich describes a cluster of them in her house, white as death next to the sun-colored skin of her hands. Rich sets her poem in late summer, looking forward and backwards at the winters of her life against the surprising appearance of these deathly blooms, ‘growing like / shadows on a negative / in the chill of fern and lichen-rust.’

How dare a sick man, or an obedient man, write poems?
– Whitman

A milk-glass bowl hanging by three chains
from the discoloured ceiling
is beautiful tonight. On the floor, leaves, crayons,
innocent dust foregather.

Neither obedient nor sick, I turn my head
feeling the weight of a thick gold ring
in either lobe. I see the corpse-plants
clustered in a hobnailed tumbler

at my elbow, white as death, I’d say
if I’d ever seen death;
whiter than life, at all events,
next to my summer-stained hand.

Is it in the sun that truth begins?
Lying under that battering light
the first few hours of summer
I felt scraped clean, washed down

to ignorance. The gold in my ears,
souvenir of a wicked old city,
might have been wearing thin as wires
found in the ears of a woman’s head

miraculously kept in its first essentials
in some hot cradle-tomb of time.
I felt my body slipping through
the fingers of its mind.

Later, I slid on wet roots,
threw my shoes across a brook,
waded on algae-furred stones
to join them. That day it was I found

the corpse-plants, growing like
shadows on a negative
in the chill of fern and lichen-rust.
That day for the first time

I gave them their deathly names—
or did they name themselves?—
not “Indian-pipes” as once
we children called them.

Tonight, an August night, feeling
the apples yellow as young moons
on the tree behind the house,
I think of my winter—

all my winters, of mind and of flesh,
the wet undercover I’ve grubbed at,
sick with the rot-smell of leaves
black as silt and heavy as tarpaulin,

obedient as the elevator cage
lowering itself, crank by crank
into the mine-pit,
forced labor hopelessly renewed—

but the horror is dimmed:
like the negative of one
intolerable photograph
it barely sorts itself out

under the radiance of the milk-glass shade.
Only death’s insect whiteness
crooks its neck in a tumbler
where I placed its sign by choice.