“You only spot the rabbit’s ears and tail:
when it moves, you locate it against speckled gravel,
but when it stops, it blends in again” 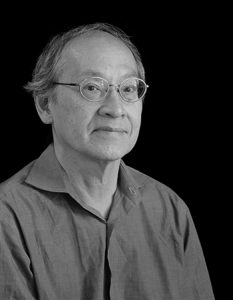 Arthur Sze’s postmodern poetic style includes elements of Taoist and Zen philosophy written in a deeply observational style. Influenced by William Carlos Williams and Chinese poets like Bei Dao, Arthur Sze’s work can be a difficult but rewarding read. This poem, First Snow, is one of his more accessible ones: suspended in silence from the start, the poem describes transience and the things that are ungraspable: glimpses of movement, flashes of insight – a fleeting look at a rabbit’s ears and tail set against another image of slow-melting snow.