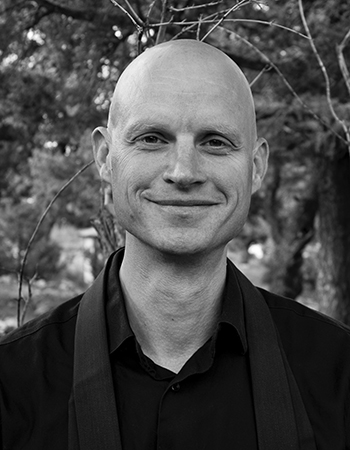 “The cultivation of wisdom requires of us to forget what we think we know and to even forget the self that thinks it knows.”

What is wisdom? How can what we know get in the way of true wisdom? How can we express wisdom in a chaotic and unpredictable world? In his recent book, The Path of Aliveness, Christian Dillo takes up these questions to paint a picture of a specifically Zen-flavored approach to life that is grounded in the practice of embodied aliveness and engaged presence from one moment to the next. In this excerpt from his book, he introduces the sometimes backwards world of Zen understanding and asks, how can not knowing be the highest form of knowing?

Liberation is a prerequisite for wisdom, and wisdom is an extension of liberation. The guiding question for wisdom is: How can I live and act in accord with how things actually exist? As long as I am mired in reactivity, I don’t have a mind open enough for that; instead, I want things to be in accord with my preferences.

In a koan story, when a monk asks about the fundamental teaching the Buddha conveyed over the course of his lifetime, Zen master Yunmen says, “An appropriate response.”

In Western rhetoric, the ancient art of speaking, appropriateness is the core concept. Your speech, so the idea goes, can only be effective if it is in right relation to yourself (the speaker), your audience, the subject matter, and the situation in which the speech is given. Zen more or less shares this idea but extends it beyond speech to any expression. Any thought, speech, or action is supposed to be appropriate not only for the four variables listed above but for the complexity of the entire world – the “ten thousand dharmas” as the tradition refers to it. The questions then become; How can we tune ourselves to the ten thousand dharmas? How can we let the ten thousand dharmas gather within us and inform our responses?

Because everything is complex and changing at all times, there is no way to prescribe the “right” response in advance. Each moment is unique and fundamentally unpredictable. To “know” means to live the present based on the experiences of the past. There are some who will argue that big data is changing this situation. It is slowly and eerily becoming common knowledge that your social media account “knows” you better than your friends, your spouse, and even you yourself do. While statistical probabilities are good enough for certain applications—whether motivated by good or manipulative intentions—they say nothing definitive about this one singular action now. What brings me into accord with this very situation now? What action is appropriate, and with what words and gestures should it be enacted?

“In Zen we say, “Not knowing is most intimate.” Not-knowing should not be confused with ignorance. Not-knowing is not the removal of knowing but its deep reevaluation.”

In Zen we say, “Not knowing is most intimate.” Not-knowing should not be confused with ignorance. Not-knowing is not the removal of knowing but its deep reevaluation. Not-knowing means giving up on the idea that one could know in advance or once and for all, or that the knowledge of the past will suffice for the present and the future. Not-knowing is an indirect way of pointing toward a different kind of knowing that is nonconceptual and nonhabitual. A knowing that, instead, functions through attunement to an implicit order.

The word intuition comes to mind, and it has been used a lot in the Western translations of Zen texts. It points to contents of mind that arise contextually and in nonlinear ways. These intuitions come with the power of situational truth, a power the spiritually inclined feel should or even must be followed, while rationalists consider it, well, irrational. We come close to what a mind of not-knowing is like when we characterize it as a stream of intuitions. Once we stop repressing intuitions as irrational, we can ask how they arise and what they actually are.

The Chinese Zen teacher Nanquan said, “‘The Way is not in knowing or in not knowing. Knowing is false consciousness, not knowing is indifference.” Knowing points to the structures of conceptual knowledge, our identification with them, and how they alienate us from direct experiencing. Yet, without conceptualization our experiencing remains inarticulate and cannot be communicated. What are the relationships between the conceptual and the nonconceptual? How does the conceptual arise from the nonconceptual? To explore these questions is a path, because the practitioner of wisdom typically starts in a place of being stuck within the activity of conceptualization, as well as the habitual identification with the result of conceptualization: belief.

“So the secret of wisdom, as taught in Zen, is to get ourselves out of the way. We cannot conceptually pin down what wisdom is, but we can invite wisdom to show itself from moment to moment by removing ourselves from the equation.”

So the secret of wisdom, as taught in Zen, is to get ourselves out of the way. We cannot conceptually pin down what wisdom is, but we can invite wisdom to show itself from moment to moment by removing ourselves from the equation. This is hard to do, and that’s the reason wisdom is so elusive. As soon as we want to grasp and possess it, it is out of reach.

So one typical Zen answer to the question, What is wisdom? is “I don’t know.” It would be foolish to understand this answer as an admission of ignorance. It could be that in someone who hasn’t pursued the question of wisdom, but in a genuinely wise person, it points elsewhere. The cultivation of wisdom requires of us to forget what we think we know and to even forget the self that thinks it knows.

Given the importance of not-knowing, what can be said to circumscribe this “negative space” of wisdom? Actually, a lot. We just need to be aware that whatever is being said is not the negative space itself. Ideally, what is said about wisdom brings this negative space into relief. But as in art it takes a shift in view to really see the negative space that has always been hiding in plain sight within the positive space. Once it has been seen, it cannot be unseen. 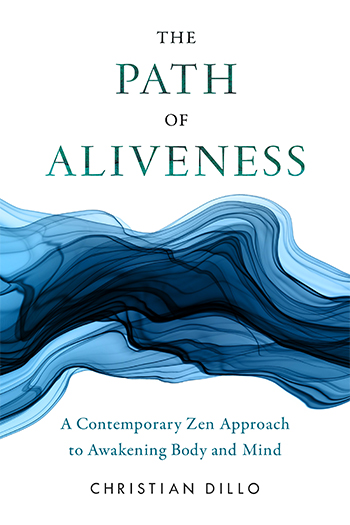