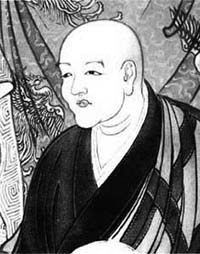 The Hokyo-ki is a short memoir written by Dogen later in his life that chronicles his exchanges with Master Ju-ching (Tendo Nyojo in Japanese, also known as Rujing). Dogen only spent two years studying under Ju-ching at his monastery on Mount Tiantong, but the master's teachings were highly transformative for the young Japanese monk and… END_OF_DOCUMENT_TOKEN_TO_BE_REPLACED