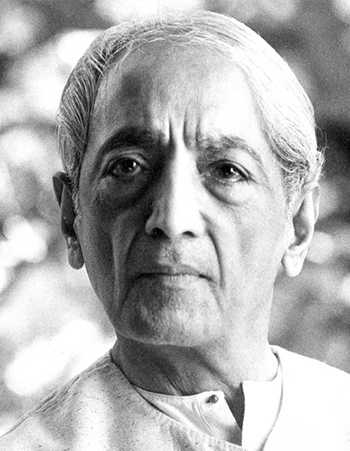 ‘Silence can only come psychologically when there is no registration whatsoever. Then the mind, the brain itself, is utterly without movement.’

Jiddu Krishnamurti was an Indian philosopher and visionary who spent his life writing, speaking and transmitting his ideas for a revolution in the human psyche. Not affiliated to any religion or institution, Krishnamurti’s fiercely independent insights continue to inspire spiritual seekers from every walk of life. In this excerpt, like in so many of his writings, he urges us to go beyond superficial experience into something more truthful and lasting. Silence, he says, is more than the absence of noise – it’s a deep psychological state.

2 thoughts on “Krishnamurti and Real Silence”