With her poem No Name, Marsha Warren Mittman details the transition from urban to rural living, and coming to embrace and become one with new experiences. As the narrator becomes a full-fledged “country girl”, we are witness to a revelation or an awakening of sorts, as she is submerged in connection and oneness with her new wild life. As readers, we see that even identity and individuality can sometimes be burdens in the way of enlightenment.

the city girl
sits alone in the dark
at midnight
on her deck, rear of the house,
in the rural town
to which she’s moved
listening to crickets
and other small insects
for which she has
no name

the city girl
watches the heavens’
multitudes of stars
shining so brightly
never before seen due to
skyscrapers and pollution
tracing, in her mind’s eye,
constellations’ outlines
for which she has
no name

the city girl
now a country girl
sitting on her deck
alone at midnight
enveloped by the dark
by the blessed peace
meditating, she blends into
everything, becoming part
of everything, until she has
no name 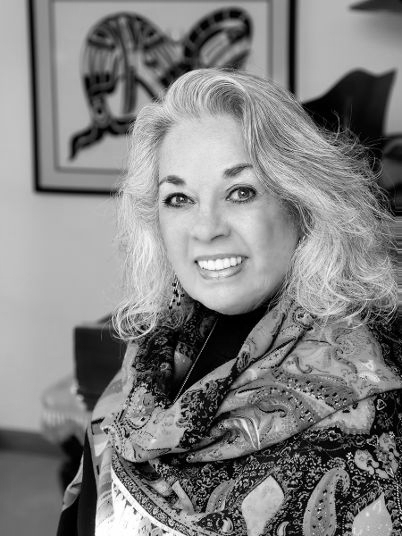 Marsha Warren Mittman always has one foot in a suitcase ready to roam; a computer at hand ready to write; and her head in clouds ready to meditate. A memoir, You Know You Moved to South Dakota from New York City WHEN… (Scurfpea Publishing) received a Western Horizons award. She’s authored four poetry books: Awakening (forthcoming, Scurfpea Publishing); poems from Patriarchal Chronicles are being crafted into a staged readers’ theater event; Message from a Goldfish – A Guide to Awareness was used in meditation programs in a dozen states; and just recently, H2O. Individual poems, essays, and short stories have appeared in the U.S., Britain, Germany, India, and Australia (i.e. The Wild Word [Berlin], Oakwood, Rat’s Ass Review, In-flight, CultureCult, Novelty [London], and six Chicken Soup for the Soul tales. Mittman’s received various poetry/prose distinctions in America and Ireland, and a Writer’s Residency at Alabama’s Fairhope Center for Writing Arts. Find her on Facebook or her spiritual work website, www.thenextfoundation.org.